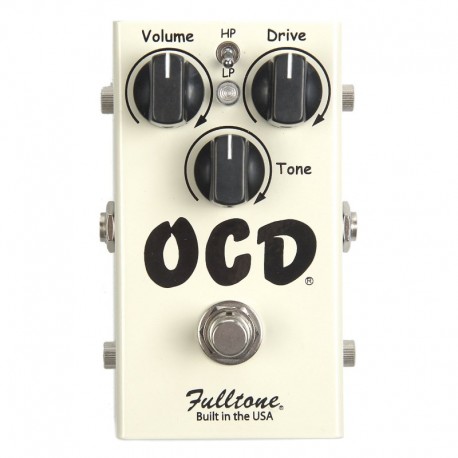 NEW FEATURE output buffer (when pedal is turned on in True-Bypass mode, or always when in Enhanced Bypass mode) which eliminates it from being influenced by effects that came after it. Translation, your sound remains consistent regardless of placement in today’s more complex signal-chains, loopers, and pedalboards. This buffer also had a positive effect on the sound, it reduced loading on the pedal’s hard-clipping stage, allowing more sustain of both the sound and the overtones.

NEW FEATURE Internal switch to choose between ”Enhanced Bypass TM” & True-Bypass, and with no popping sound in either mode. No other company offers EB…