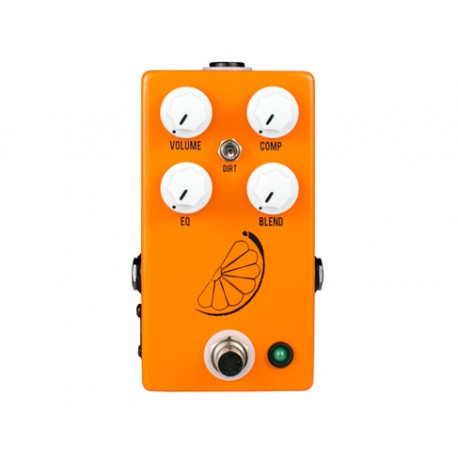 The Pulp N Peel V4 is the result of over six years of tweaking, learning, and experimenting. In version 4 JHS have stayed true to the things that made the PnP stand out among its competition while adding several new features that expand the circuit’s ability to reach into new territory, new tones and new ways of thinking about a compression pedal. These features include an improved detection circuit for smoother and more sustained tones, more headroom, a built in parallel overdrive-drive circuit, a tone control, and parallel 1/4" and DI outputs.