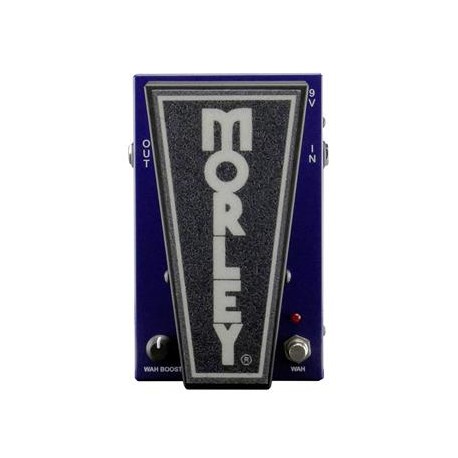 Scratchy pots are guaranteed to decimate your tone. That’s not the case with the Morley 20/20 Power Wah, however. Instead of noisy old-school technology, this wah-wah pedal employs Morley’s whisper-quiet electro-optical design. If you want your wah-drenched solos to rise above the fray, the 20/20 Power Wah will do it, thanks to its built-in +20dB boost. Beyond that, its premium buffer circuit safeguards against tone suckage, while silent switching ensures that zero “pops” reach your amp. The guitarists here at Sweetwater also appreciate how the 20/20 Power Wah’s small size saves space on our pedalboards, unlike many of Morley’s pedals of yore. The 20/20 Power Wah features a rugged cold-rolled steel housing, LED indicators, and quick-clip battery door.