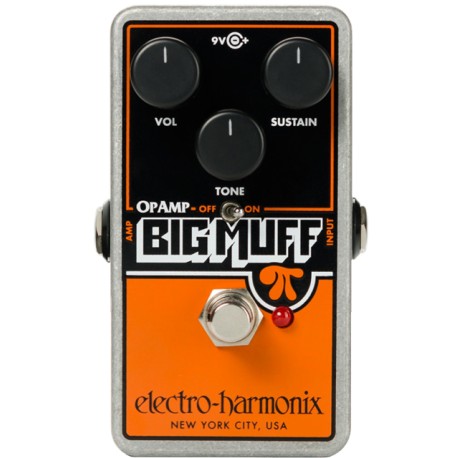 With original late-70s Op-Amp Big Muffs selling for exorbitant prices, Mike Matthews decided to take the power to the people and reissue the classic pedal at a price that players could afford! The circuitry of the new Op-Amp Big Muff —sometimes also referred to as the IC or V4 Big Muff— has been faithfully re-created while several practical enhancements have been added including a compact, die-cast chassis and true bypass switching.

The pedal relies on op-amps rather than transistors and three gain stages rather than four, to create its signature sound. It’s a sound that’s been described by noted Big Muff collector and historian, Kit Rae, as: “a huge, crushing Big Muff sound with more crunch… great for grungy, wall-of-sound distortion, heavy rhythm playing and heavy leads.”